Succumb to the beauty of the Château du Nideck overhanging the waterfall! 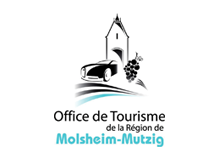 At the end of a ridge that overlooks the valley of Hasel 534 metres high, this landmark offers an exceptional view of the valley of the Bruche.

It’s actually occupied by two distinct castles as a result of a family division. The higher castle, erected at the start of the XIV century, bears a moat and a defence wall. The lower castle, dating back to the XIII century, has a square dungeon that protects a small, cramped dwelling. In 1816, the legend of Nideck first appears in the work of the Legends of the brothers Grimm. This text inspired the poet Adelbert von Chamisso to compose “Das Riesen-spielzeug – the giant’s Daughter”.

South of the relics, the Nideck waterfall cascades down from a wall of volcanic rock 25 metres above.